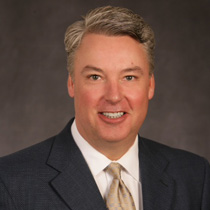 Tim began providing financial consulting services to institutional investors and select families over 30 years ago. He began at Dean Witter and became one of the youngest Vice President’s in its history. He went to enjoy a 20+ year career with Citigroup, where he became a Director with Citi Institutional Consulting. Just before Citigroup became owned primarily by the US Government, United Bank of Switzerland recruited he and his team to join. He later founded IFAM Capital, a firm started with his longtime partner Clayton Hartman from Citigroup and UBS and grew that firm into one of top 100 Registered Advisory Firms/Wealth Management firms in the country as measured by Fidelity. During those years Tim helped develop the investment methodology’s, created the “Known Return” portfolio, and lead business development. At his retirement IFAM was billing in excess of $10 million in annual revenue and was managing well over a billion dollars. His experience is unique in that few firms of this size have accomplished the “triple crown” successfully. Moving between wire-house firms, from a wire-house to an independence, and then successfully transitioned that firm to the next generation of advisors within the firm. He has grown a firm from a few hundred thousand in annual revenue to over $10 million using both organic and acquisition related growth. He was at the forefront of building unique income sources away from traditional wealth management and being able to look outside the box for solutions. Few advisors have this “Real Life Experience.”

While at IFAM, Tim and his team have received numerous awards. He was elected President of the Association of Professional Investment Consultants (APIC), and has served on the association’s chair of both the Research and Evaluation and Conference Committees. He has been awarded the associations highest honor, the Tom Gorman Award, to acknowledge his service to the industry. Tim was also awarded the prestigious “40 Under 40 Award” by the Denver Business Journal, naming him as one of the top 40 young entrepreneurs in the Rocky Mountain Region. He is recognized as one of the “Top 100 Consultants in America” in Barron’s, #1 Consultant in Colorado by the Denver Business Journal, “Top 1,000 Advisors” by Barron’s, NABCAP Premier Advisor for Financial Planning and as one of the top Consultants by Research magazine. Tim is a regular speaker at national conferences, a published author and is regularly interviewed in the media on the economy and investment topics.

Tim’s experience working outside of financial services is likely behind his success in working inside financial services. Tim has been quoted saying, “Until you as an advisor have truly sat in the same chair as your client how can you understand what is best? How do you advise them on how to develop or manage their business, sell or transition their business, unless you have done the same? Tim has started five companies, taken a company public and sold the other companies to both synergistic and financial buyers. He has been a successful real estate developer, as well as business owner of manufacturing, sales and marketing and distribution companies. He has owned/managed in industries as diverse as scrap metal, to golf to fashion. This “Real Life” experience gives him the background to be able to consult to business owners from many walks of life about how to grow their companies, whether or not to seek monetization of their life's work and if so how, as well as working with Family Offices in managing the transition of wealth and knowledge to the next generations.

Today Tim continues to share these “Real Life” experiences with other entrepreneurs across the country through private consulting and speaking engagements with his firm Lumina Consulting.

Tim is involved with his church, as well as with several local and national charities. He has co-founded and chaired events, including the Red Lady Ball, the Denver Victims Rock and Roll, Sunrise Africa, SaddleUp! Foundation and many other events. He enjoys golf, skiing, tennis and mountain climbing, among many other sports. Tim is married with two children and resides at Colorado Golf Club. 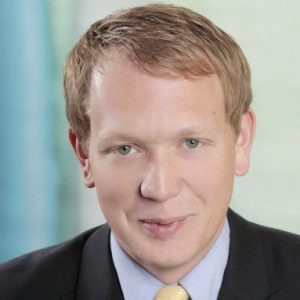 Max’s core focus has been within the financial services industry having nearly a decade of experience working within the industry. Max managed the marketing and sales as well as assisted with operations and research for a Senior Institutional team at UBS. In that time Max learned the ropes of what it meant to be a billion-dollar team at a large wire-house firm. In 2014, he helped lead the transition with Focus Financial Partners to move the team to independence, in creating IFAM Capital. He assisted in building and on-boarding their platform as well as created the firms marketing collateral and developed the firm’s sales and marketing plans.

Upon IFAM’s opening Max managed the marketing and sales team for the firm helping advisors implement and develop their sales process and marketing strategies, he performed portfolio analytics for prospective clients as well as created financial plans for incoming clients. In addition to this he led the merger and acquisition team and chaired the firm’s Marketing Committee. During his time at IFAM Capital the firm completed multiple transactions including building an internal asset management and corporate retirement services division. He led in the building of the asset management platform as well as led the transition of multiple tuck-in’s helping the firm grow nearly 50% in revenue during that time. He also assisted in developing the firms and their advisor’s growth strategies both organic and inorganically. While at IFAM, Max also consulted to other RIA’s and business owners in regards to organic growth strategies, succession planning, merger and acquisition strategies as well as operational and platform guidance.

Max is a founder of Lumina Consulting and today focuses around consulting to wire-house advisors in not only the break-away process to independence but also assists in the development of the new firm’s operational platforms, succession strategies as well growth strategies each unique to the firm’s objectives. In addition, Max works with established independent financial firms in creating their own unique growth strategies, creating succession plans and develop operational efficiencies to be able to increase productivity. He also works with independent financial firms looking to get into merger and acquisitions and assists them in developing M&A strategies, provides assistance in firm due diligence, proforma creations, valuations, deal structures as well as transition and tuck-in consulting post-closing. He also assists business owners outside the financial industry in developing succession strategies and create capital events and works with owners to develop growth and business strategies that are unique to meet the company’s objectives.

Max currently lives in Denver and enjoys skiing, golfing and hiking as well as in a member of the Denver Rotary’s Emerging Professional Cohort.

Have you ever noticed that the most successful enterprises attract people who copy them?

Have you ever noticed that the most successful enterprises attract people who copy them?

Solid white Apple’s stores were the rage, and now Microsoft has the same stores.  Movie theaters used to be dirty and have small seats, until luxury theaters came, and now you can have sushi and wine with your movie while relaxing in a big leather recliner in most major cities …. Imitation!  A cup of coffee used to cost a dollar and come in a bad white styrofoam cup, and then came Starbucks, and now you can’t find the dollar coffee even if you wanted it. Imitation again!

Same is true OF OUR industry.  Witness managed money and the legendary Shearson Consulting Group that fostered the entire SMA industry and fee based consulting.  It worked and so everyone followed.

So, if we want to be the best, let’s look at what the most successful are doing and where they are headed.  As Wayne Gretzky pointed out the key is to go where the puck is going to be not where it is.

As a consultant to wire house and independent advisors I get to see the best at work every day.  They all have some similar traits but let’s start by defining the best as High Performing Teams (term used by custodians in doing their annual surveys which focus on the independent space).  Here are the statistics from that study:

There is something that makes them different when they are talking to a prospect.  In some cases that is being a specialist in a certain type of business such as working with C Level executives while in others it is working with a specific type of client such as Doctors.  The key is they have a target market and once they get in front of that market they look different (read better) than the competition because they understand that prospect better.

This is not just an idea…. we will pick up accounts by referrals for example… this is what we as a team will do each day towards being able to ask a client for a referral, how many times a year each client will be asked along with when and how.  The plan won’t rely on one vertical but will be focusing on multiple marketing efforts in which each equally defined, branded and speak to how they will manage that success (in flow of new accounts).

Their description might be as simple as we seek market like returns with less volatility thru strategic, non-correlated asset allocation but they won’t say “well, that’s based on your goals.”  Most of the most successful teams have dedicated personnel running very specific portfolios that were created (models) that all their clients invest in that can easily be measured daily.

All advisors hit walls where there just isn’t any more time in the day to handle more clients.  The most successful have figured out how to leverage that with younger advisors who manage the day to day affairs of the client leaving the senior adviser free to focus on bigger issues and pursue new clients.

They know that being the solutions provider and problem solver for clients, making them feel Peace with their finances, and driving the marketing machine are what drives profits.  Likewise, they know that systems and back office management, reports and software, while all vital to the practice, do not and either are outsourcing more and more functions or at a minimum hiring people so competent that they spend no time on those areas.

Are you a High Performing Team?